Goods, Death, and a Crucifix: Significance in a Stage Gag

After fourteen years of Catholic school and three years at a Jesuit university, I never anticipated that I would spend a Sunday afternoon on my knees miming sex with a crucifix. Yet, our modern production of Everyman called for it, and I (Goods) and Noah (Death) were happy to oblige. Through cheeky acting in scenes like this one, our production enacted  critical reflection, sometimes accidentally, through its adoption of a major tenet of medieval theater: that it is as a game to be played. In this short throwaway scene, we were able to add humor to a serious production, add nuance to allegorical characters, subvert traditional religious imagery, and raise live ethical questions.

Following a dramatic confession scene, Everyman runs offstage to find a priest to perform his last rites. Onstage, Knowledge and Five Senses debate the moral character of the clergy. While the ladies list the sins of deviant priests, Death runs onstage in a priest’s collar followed closely by Goods. In the middle of the stage, Goods falls to her knees and mimes a confession in front of Death. Death blesses Goods with a cross, then proceeds to use the cross to mime an erection. Intrigued, Goods grabs the cross and the pair simulate a sex act, then share a stage kiss (complete with a butt grab), and finally skip offstage hand-in-hand like a pair of children.

On the surface, this scene is nothing more than an onstage gag, devised for the entertainment of both cast and audience. The scene acts as a source of comic relief, as it directly follows Everyman’s self-flagellation; it’s a strong dose of bawdy humor, tucked neatly within our modern morality play. The scene also stages a juxtaposition: in a matter of moments Goods and Death go from heavy canoodling to innocent skipping, as if there were no difference between mature and childlike play. Further, the decision to have Knowledge and Five Senses’ conversation and Goods and Death’s love scene run simultaneously forces the audience to split their attention and choose how they wish to participate in the game of the play.

Beyond this playfulness, our two-minute scene-within-a-scene also raises some important critical issues. The scene plays noticeably with Christian imagery as we act out Knowledge’s declaration about priests: “There are worse sins among these priests, I think! I have heard that many are full of lust, chasing after women left and right!” Through both Knowledge’s words and our actions, the scene works to remind viewers that priests are not invariably “holier than angels,” as Five Senses naively believes.

Rather, in our production, the priest is seduced by Goods. In her previous scene, Goods acted as both the keeper of Everyman’s wealth and his love interest. By tossing Everyman’s gold coins into the audience, she plays with his money; by strutting around him, stroking his face, and tapping him with her cigarette holder, she plays with his heart. Because of her characterization as a temptress, Goods is the perfect character to seduce the priest. Her place in the scene with Death demonstrates that holy men can be corrupted both by money and by sex. 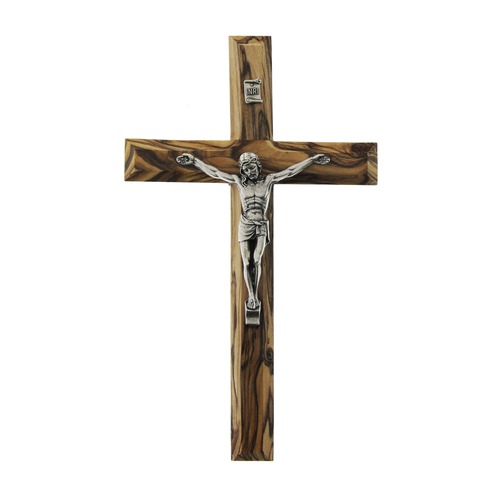 Priesthood’s deadly corruption is emblematized by the religious symbol at the center of our bawdy act: the crucifix. While it would be naughty to include a crucifix in any capacity within the scene, we directly equate the cross with the priest’s penis. In one act, a symbol that traditionally represents pain, redemption, and sanctity became a symbol of sexual pleasure. Religious power becomes sexual power. Aside from being a naughty gesture, the act also contained a bawdy pun; the “wood” of the crucifix became the “wood” of the priest.

Both Noah and I agreed that our scene served as a definitive moment for Death’s characterization. In discussion, Noah pointed out that “through his scene with Goods, Death becomes a traditional vice character. He is no longer just a funny character who mocks Everyman; he becomes the Devil.” Everyman is unusual as a morality play, since it does not contain a clear immoral foil to the play’s virtue figures, as one would expect of the genre. Through Noah’s characterization, however, Death becomes that foil. His performance renders Death a trickster character who appears unscripted in many scenes to assert his omnipresence during Everyman’s reckoning. During our love scene, moreover, Death is not just toying with different characters, but actively participates in a sinful act. To take Noah’s observation about Death’s vicious characterization one step further, Death’s particular handling of the cross became a testament to his transformation into the Devil. When Death uses the crucifix as a prosthetic penis, he physically inverts it, forming a traditional signifier of devilish presence.

Where Noah was interested in Death as the Devil, I was interested in Death as a human figure. Many of our actors play more than one role during the play, but Death is the only character who plays more than one role. Noah changes costume three times during the production but his skeleton face paint remains intact, signifying that each new role he plays is an incarnation of Death. Interestingly, whenever Death appears in a different role, his scene partners do not recognize him as Death in disguise but rather interact with him in his role. In this way, the audience knows something the players don’t: Death is everywhere. As Family’s maid, Death is a woman; as the priest, Death is a man. This creates fluid continuity throughout the production as Everyman journeys to the grave, at the same time that it is a reminder of the key lesson of the play, that every man, and every woman, shall die.