From Beards to Bandanas: Adaptation Theory and Wisdom’s Costumes in the Twenty-First Century

Considering our modern audience and limited resources, we knew we would have to make many choices in creating our version of Wisdom, from script to characters to staging to costumes. Unlike most medieval plays, which often leave out descriptions of stage action and costumes, Wisdom’s Middle English script includes several lengthy passages of stage directions, including descriptions of what various characters wear. However, historical accuracy was not the goal in our production of Wisdom—after all, it is impossible to put on a completely authentic version of a fifteenth-century play in the twenty-first century, given what we don’t know about medieval performances and the cultural expectations we have now. Times have changed, and audience tastes have changed. Our goal was instead to stage a play from medieval England that could still be easily understood and enjoyed by a modern audience.

“An adaptation cannot be a hundred percent faithful to the source material, but instead must focus on keeping the original ‘essence’ of the narrative alive for its audiences within a new medium.”

Creating our own version of Wisdom required a process of adaptation. While adaptation theory usually considers the transformation of a story from one medium to another, such as turning a play or novel into a movie, it is still highly applicable to modernizing a medieval play for the twenty-first century. Some translators, theorists, and audiences believe that fidelity to the source material is the most important value of adaptation. For example, when we compare film adaptations, such as the Harry Potter and Hunger Games series, to their original novels, some audience members will claim that the films are better, while others will pledge their allegiance to the novels, usually because of plot and character differences between the two. Twentieth-century film critic André Bazin offers a different perspective in his influential essay “Adaptation, or the Cinema as Digest.” Bazin argues that what really matters in adaptations is “the equivalence in meaning of the forms” (20) and an adaptation’s ability to retain the core “essence” of its original. Absolute fidelity to the original source material is not necessary, he writes. In many cases, staying true to the source material is in fact discouraged, since there would be no room for creativity without room to deviate from the source. An adaptation cannot be a hundred percent faithful to the source material, but instead must focus on keeping the original “essence” of the narrative alive for its audiences within a new medium.

I would argue that our version of Wisdom very much kept the original “essence” of the medieval narrative alive. Ultimately, our production of the play shared the same overarching narrative and presented many of the same themes and lessons as the original play. Our Wisdom continues to warn audiences about turning towards and accepting evil and reassures them that divine good will always prevail. However, we also included many modern jokes and references in the script, added a modern soundtrack, changed some of the characters (most notably, splitting Mind, Will and Understanding into good and evil counterparts), and updated costumes and character designs to bring the play into the twenty-first century.

The impacts of our efforts at adaptation are especially visible in Wisdom’s non-speaking characters, the troupe of dancers who also play the Five Senses. In the Middle English playtext, Mind’s six dancers wear red beards, Understanding’s six dancers wear judges’ robes, and Will’s dancers (all women) wear fashionable men and women’s clothing. While it might have been interesting to retain the red beards and judges’ robes, these wouldn’t have been convenient for the dancers to quickly take on and off. We therefore decided that instead of dressing the dancers as scripted in the original playtext, we would give them bandanas that matched the color scheme of the Vice they served: Corruption’s color was green, Lechery’s color was orange, and Perjury’s color was purple. Not only were these bandanas easy to procure and inexpensive, they could also be worn in a variety of ways, allowing each dancer to personalize their look while still signaling membership in a collective team. They also allowed us to include the audience in the dance party. Before the show, the dancers handed out bandanas to the crowd. While some who took bandanas were too shy to come up and join in the dance scenes, a surprising number were more than happy to. The bandanas ended up quite a success—they were distinct enough to associate each dancer with their Vice’s team, and they helped us include audience members in the performance, creating a fun and interactive experience. 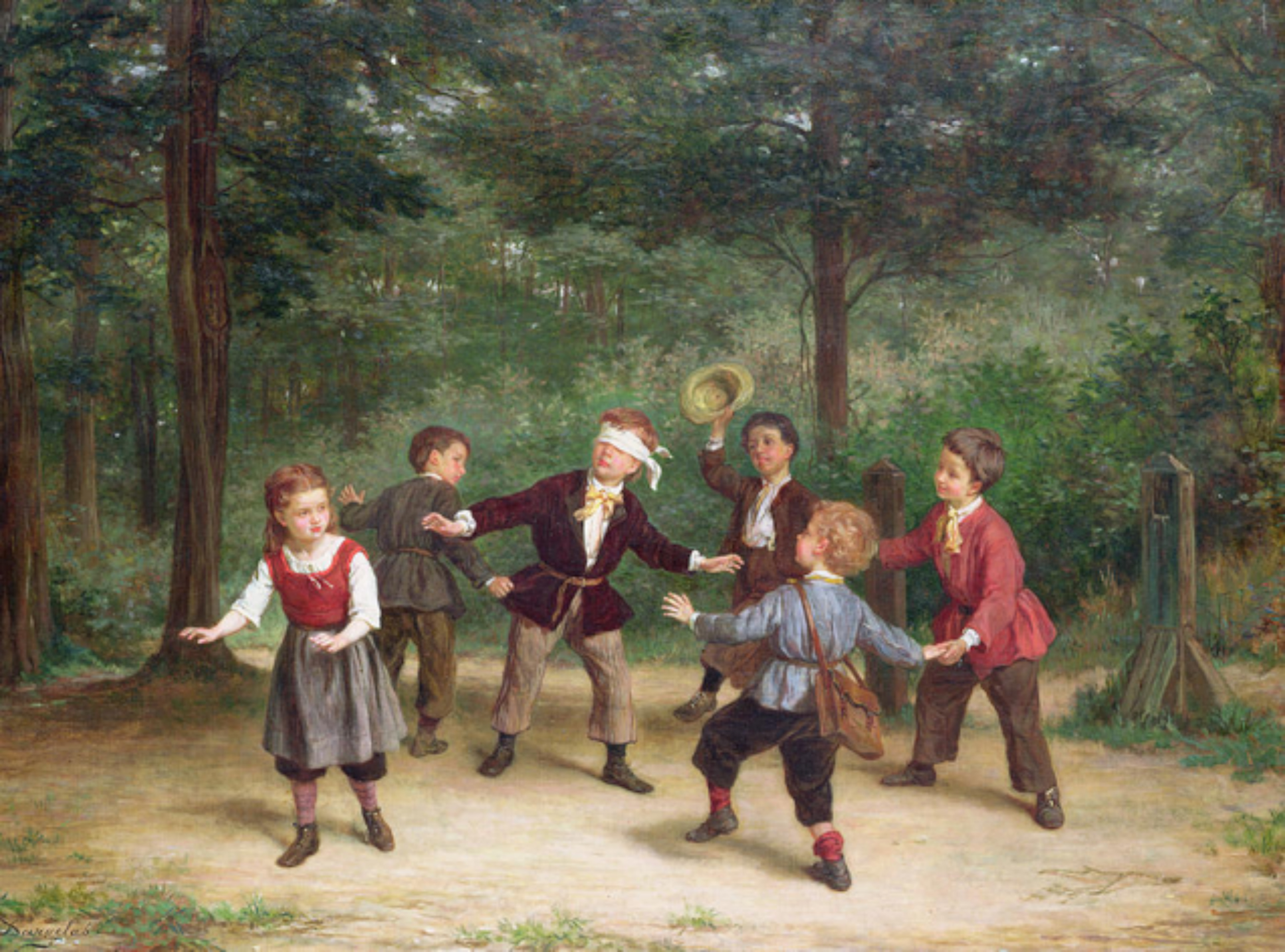 Bandanas were also a smart choice because of the variety of meanings they can carry as a garment. Bandanas are a multi-purpose item, used and worn in a variety of ways. They have historically carried associations with group identity around gender, race, class, and profession, but have often also been used to play various games. In the nineteenth century, for example, children used bandanas as blindfolds to play games like Blind Man’s Bluff and Pin the Tail on the Donkey. Though we didn’t use the bandanas as blindfolds in our performance of Wisdom, we did incorporate them into a game-like, fun environment, paying homage to this history.

In the twentieth century, bandanas came to be worn by a variety of groups including musicians, housewives, gangs, construction workers, Boy Scouts, cowboys, bikers, and more, often with designs or other symbols to indicate group identity and association. In the 1940s, when women turned to work during the war, they used bandanas to tie their hair back in a style made famous by Rosie the Riveter, whose image is now a feminist icon.

Considering that so many other characters in our production got to make fashion statements—think of Lechery’s bedazzled cod piece and Wisdom’s #Woke shirt—it was only fair that the dancers be given their chance to make a statement of their own with their bandanas. Through this simple garment, even non-speaking characters were able to express their creativity liberty to adapt Wisdom to the twenty-first century 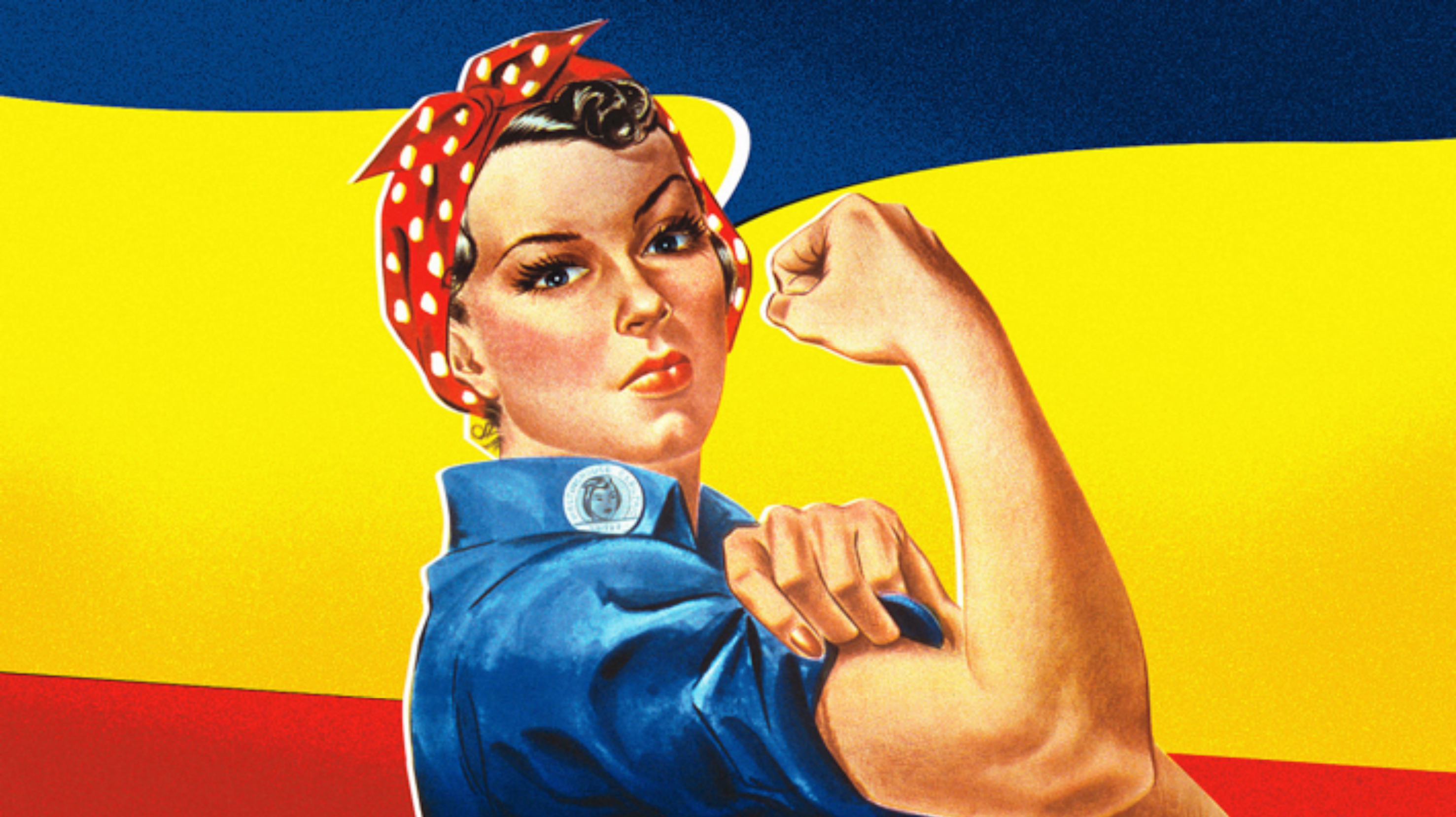