The Social Satire of Wisdom as Adult Cartoon 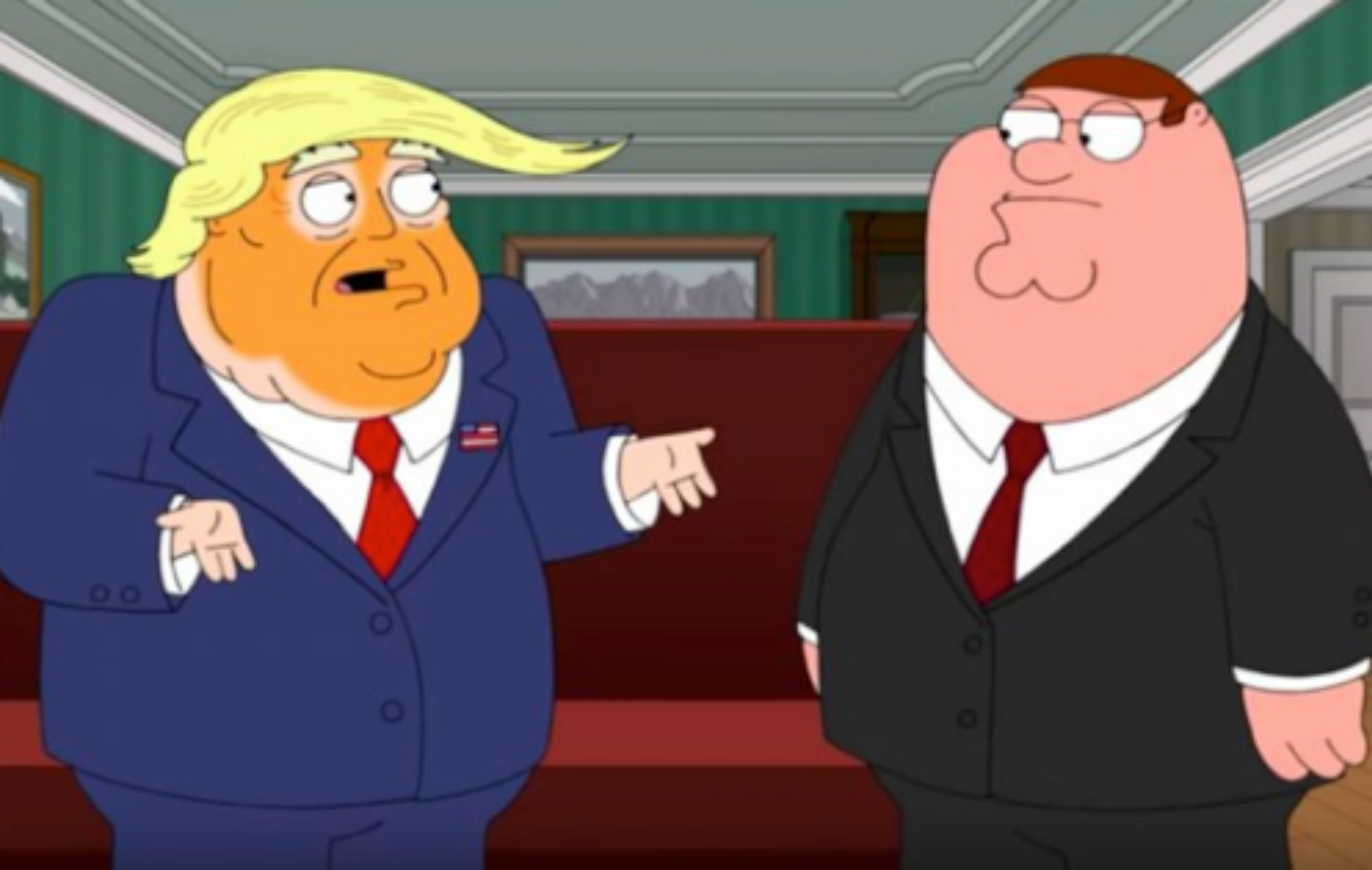 When we chose the playtext for our performance, I found myself the only person standing by a medieval disguising, specifically John Lydgate’s Disguising at Hertford. I was determined that we would create a performance with deeper political stakes. Inspired by the writings of Bertolt Brecht and Augusto Boal, I wanted to follow their encouragements to push the boundaries of traditional theater in an effort to urge audiences to action and emotion. I initially believed that plays like Wisdom and the Chester Noah’s Flood would fail to accomplish that critical work, but, trusting the opinions of my peers, I dove head first into Wisdom and was pleasantly surprised by what I discovered.

I regarded Wisdom as just another religious play created to promote the morals and standards of the medieval Church, a typical tale of right triumphing over wrong filled with religious imagery and occasional inappropriate jokes. Reading the translated playtext, however, I found deeper meaning in the text and was shocked at how applicable the text was to our own society, without altering the original text. Part way through the play, Corruption, Perjury, and Lechery offer commentary on the corrupt bureaucracy of the justice system. In performance, this scene became a modern commentary on both medieval drama’s relevance to our society and our current political state of affairs. More, it used satire and cartoonish exaggeration to make that commentary inviting and entertaining for its audience, an approach whose closest correlation in modern media is adult animation.

Let’s begin with the politics of theatre, in the writings of Bertolt Brecht. Brecht juxtaposes the standard form of dramatic theater with what he terms “epic theater.” Resisting the realist performance style of Constantin Stanislavski, Brecht insists that audience members be more actively involved in the work of theatre, such that audiences engage in reflective analysis as the part of their viewership. The fog created by popular theatre that intends to entertain must be dispersed, and each aspect of the performance must stand for and make commentary for itself (i.e., music, text, and setting). For Brecht, the text should be “neither moralizing nor sentimental, but… put morals and sentimentality on view” (38). Performed through a Brechtian perspective, a work of medieval drama like Wisdom would allow the audience to do more than simply encounter another performance of religious doctrine. Rather, an “alienation effect” would allow the actor to acknowledge the fact that they are a spectacle, something the actors in our production of Wisdom pursued to help promote self-awareness in the audience.

Although Wisdom fits better with Brechtian dramaturgy than it does with the theatre of Augusto Boal, the explicit political commentary seeded throughout the play seems also to resonate with the latter’s ideas. Boal aimed to use theater as a space to promote rebellion and political change by inviting people to participate in playmaking and thereby to take agency, first in the plot line, then in their real lives. For him, theatre was “not revolutionary, but… a rehearsal of revolution” (141). In our case, we encouraged audience involvement with improvisation, in which audience members, actors “on stage,” and actors not involved in the present action all participated. Despite my initial skepticism, I later found that aspects of the theories of both Brecht and Boal had found their way into our production, helping us to achieve an interactive, inclusive, and relevant work. Corruption, Perjury, and Lechery’s commentary on the justice system illustrates these legacies well.

At this point in Wisdom, the three Vices playfully discuss the influence of financial status on the justice system, reflecting on how money and bribes ultimately influence legal cases. Corruption explains that he launders money: “Men sew to my frendeschyppe / For meyntnance of her shendeschyppe. / I support hem by lordeschyppe / For, to get good, this a grett spede ys!” (632-5: Men support my friendship for maintenance of their fraud-ship. I support them with my lordship, a fast way to earn wealth and cheer). Perjury tampers with legal proceedings by bearing false witnesses, taking bribes, and paying off juries in order to sway case results. Indulging her lust, Lechery spends three times more money than she actually has. Rather than creating a serious and somber aura surrounding this scene, though, the actors’ costumes and delivery created a much more light-hearted exchange. Pelvic thrusting and the occasional forgetfulness of text allowed the audience to laugh and engage with the topic in a manner impossible behind the barrier of an invisible fourth wall. Were that the case, audience members would have only been participating passively and subconsciously.

These issues directly mirror our current state of public affairs; our goal was to stimulate a conversation that, while serious, could broaden beyond seriousness in its critical approach. When Perjury promotes awareness of the fact that “Who wants the law on his side must have money,” her satirical delivery allows the audience to digest the truth of her statement more easily, effectively incorporating touchy political topics that might otherwise be too sensitive to discuss publicly. Humor in this case supports inclusivity and creates an environment that is less hostile.

Physical gesture amplified the work of language and delivery as well. When Corruption said, “Justice is held back because of bribes,” he emphasized the action of holding back—and when he said, “The world relies on us greatly,” he motioned to the audience, implicating them in his censure. The nonchalance of the Vices’ commentary made it feel as though what they were saying was common knowledge, further disarming and inviting the audience in. This approach enlightened the audience with politically powerful information without making them feel lectured at. Instead, they were made to feel as though they were part of an active conversation. Since the play was built to encourage improvisation, actors were also able to include their own commentary wherever appropriate, as when Perjury inserted new political commentary to her original line, “Truth wins no cases because of wealth,” by adding, “That’s how we end up with all of these corrupt politicians!” The audience loved it and laughed at how true the declaration was, maintaining their involvement in the discussion.

As this scene progresses and the actors circle around the playing space, elevating the stakes, Corruption says to Perjury, “Whoever gains or loses, you always win! Corruption and Perjury now stand firm!” The irony of his words is also historical: they were originally uttered many years ago, yet somehow still seem quite appropriate in our day and age. Although our role was simply to translate the words to modern English, the dialogue between past and present invites audiences into a Brechtian relation to the work. The antiquity of the original Middle English text introduces another layer into the overarching conversation: not only is our current institution of social justice unstable and unjust, but its abuses also haven’t changed much over the past six hundred years, since the same critiques mean as much now as they did then. 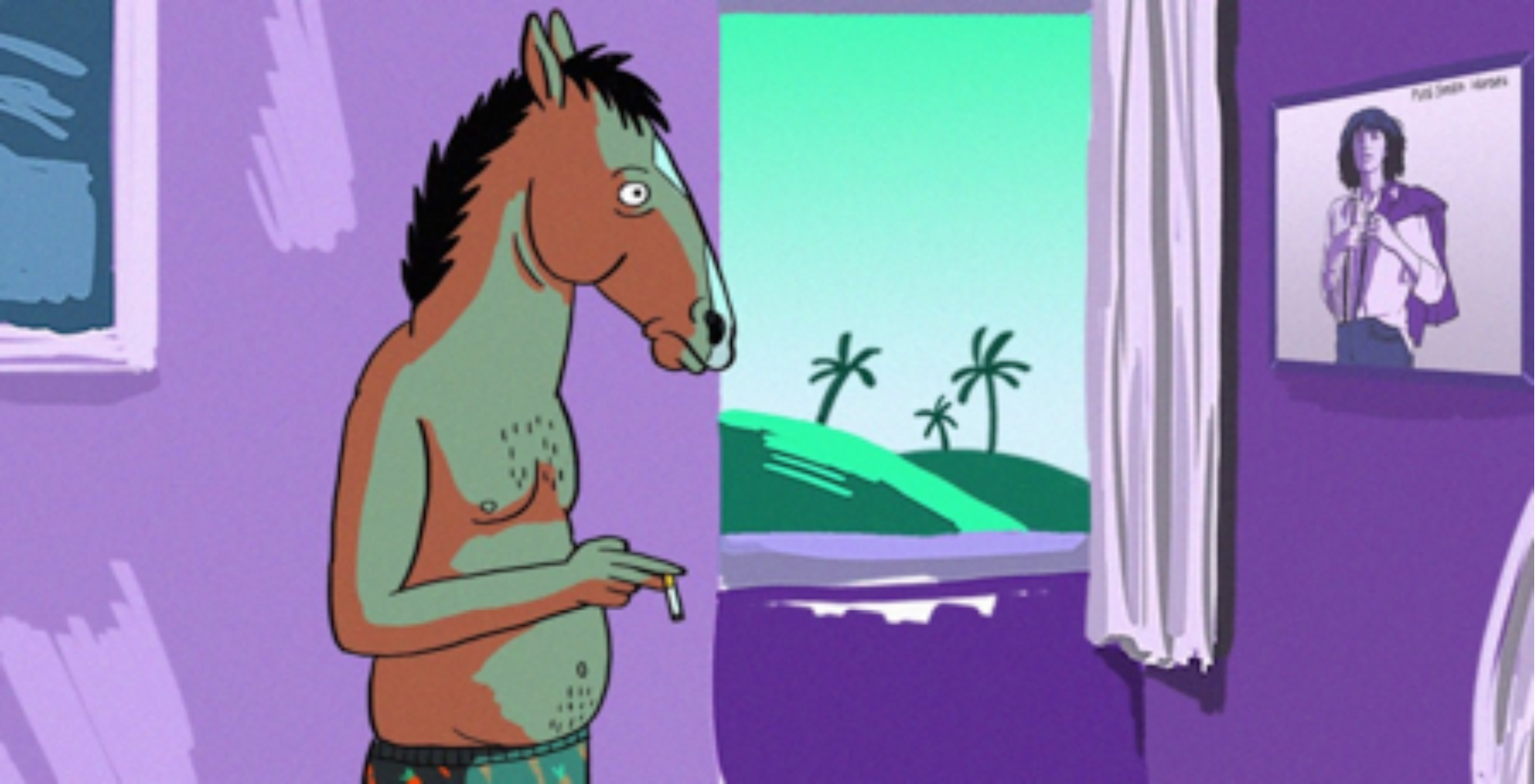 When I reflect on these features of our performance, I find my mind wandering back to adult cartoons like Family Guy or BoJack Horseman. Though these animated television shows might seem to be cartoons appropriate for kids at first glance, they spend most of their time making commentary on societal problems through satire and comedy. Family Guy notoriously involves characters who represent current government officials in order to reflect on their actions. BoJack Horseman reflects on the wider society by following the life of an actor struggling with substance abuse and depression. Addressing issues of utmost importance through seemingly laughable characters, these shows aim to spark a conversation through comedy. Our adaptation of Wisdom attempts to do the same thing by similar means: through sexual punning and biting social commentary, we were able to transform a play that could have been a vehicle for Catholic morality into a satirical and interactive show with a clear political message.

Brecht, Bertolt. Brecht on Theatre: The Development of an Aesthetic. Ed. and trans. John Willett. Hill and Wang, 1992.